The task of this association is to establish a memorial to remind people of the fate of more than 25,000 German Jews, who were deported to Riga in the years 1941/42 and murdered in large numbers in the woods of Bikernieki. 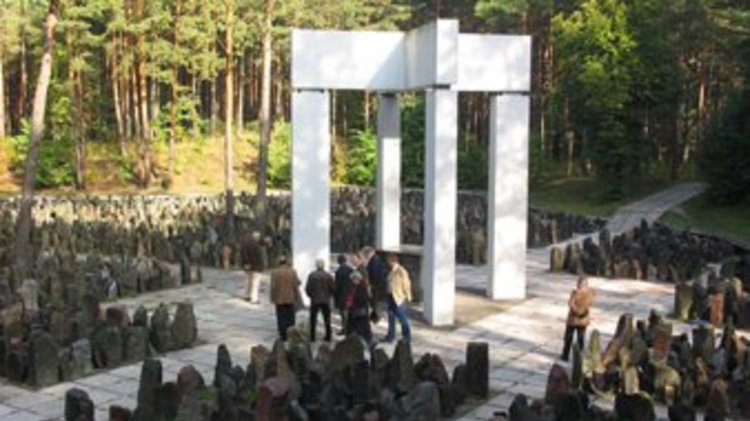 The German Commission, in cooperation with its Latvian partner organisation, the Bruederfriedhoefekomitee [Fraternal Cemeteries Commission], and the Stadtverwaltung Riga [Riga City Council], is erecting a dignified burial place and memorial to the victims. The construction work in the woods of Bikernieki is almost complete. The official opening will take place on 30 November 2001, 60 years after the start of the deportation.

It is hoped that the future maintenance of the site by young people from Latvia and Germany will “create living ties of remembrance and association between Riga and the German cities from where the group transportations originated”, remarks the President of the German Commission, Karl-Wilhelm Lange. In addition, historians from the “Neue Synagoge Berlin - Centrum Judaicum” [New Synagogue Berlin – Centrum Judaicum] and the educational establishment “Haus der Wannsee-Konferenz” [House of the Wannsee Conference] are currently preparing a book of remembrance that will document the names of all the victims. They are being helped in this by the historians of all member cities.

The Zentralrat der Juden [Central Council of Jews] in Germany, Riga City Council and the “Initiative Riga” [Riga Initiative], founded a while ago in Vienna, are backing the project. Funding is secured by means of special German government grants and donations from the cities involved.

The legal basis is the German-Latvian War Graves Agreement of 1996, in which the German government committed itself to creating a dignified burial place for the German victims of the deportation to Latvia as well. The German War Graves Commission, which is commissioned with this task, has already constructed eight burial places for German war dead in Latvia during the last ten years.